How to: Propagate Bananas

I recently set up a poll to gauge my readers’ interest in the next propagation guide, but unfortunately there was a problem and it got reset. Last time I checked though it was neck-and-neck across the board so I’ll just pick this time. If you have a particular interest in a tropical plant that I haven’t covered please e-mail me and I’ll see what I can do. 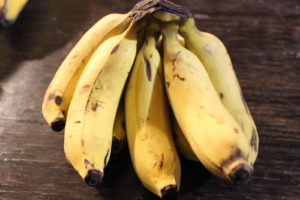 My curiosity in bananas has evolved throughout my life. It all started as a child when I wondered where bananas come from, since I had never seen a banana tree before. As I grew I discovered that banana trees aren’t really trees in the traditional sense of the word, but instead very large ‘herbs’. And now I know that bananas are much more than the ubiquitous yellow fruit found in grocery stores around the world. Bananas come from the diverse and intriguing genus Musa which comprises several dozen accepted species in addition to many hybrids. The single most successful banana hybrid is the Cavendish banana which has a fascinating and unfortunate history. The Cavendish banana is essentially every common banana found in the grocery stores (except maybe specialty grocers), it is the curved yellow fruit that everyone is all too familiar with. What may be less known is that the Cavendish bananas are sterile due to a genomic condition called triploidy, meaning that they contain a whole genome plus a partial set of a genome from the parent species Musa acuminata. One might ask, how are there so many bananas and how are they grown if none of them have seeds? This is achieved on a commercial scale using tissue propagation, which is essentially a process of cloning. However, there are many delicious seeded bananas that the average horticulturalist may grow quite easily. Thus the subject of this article arises: How to propagate bananas.

Banana trees are extremely fast growing, they are capable of going from seed to fruit in only a few years. These plants are most often tropical, desiring warm and humid climates, with a few exceptions. They grow best in full sun and in fertile and moist soil. Banana trees grow tall, with some reaching well over 20 feet tall. However, not all banana trees are created equal, they vary in size and shape and while some have green and yellow fruit, others have red or even pink fruit.

Banana: The Fate of the Fruit That Changed the World
Banana Blast - Pull The Bananas Until The Monkey Jumps Game - Includes a Fun Colorful 24pc Puzzle by Goliath
Totally Bamboo Banana Hanger, 1 EA

There’s a very good reason that bananas aren’t grown in most of the United States, and it’s the freezing winter temperatures. Even a slight freeze (or general cold) is enough to kill a Cavendish banana tree, however there are ways to work around this. I have been able to grow dwarf banana trees in my greenhouse with few problems, they even go to fruit rather quickly. Supposing one is growing a dwarf banana variety, it is possible to cultivate it in a pot, leave it outside in the sun during summer and bring it inside for the winter. This will sap its growth and you may not get much of a harvest, but it’s certainly worth the novelty factor. Furthermore, there are some banana species that can be grown in cold and occasional freezing temperatures, with the best example being the Japanese Fiber Banana, Musa basjoo, which although is inedible, can make for a great landscape ornamental.

What’s the big deal? Bananas are inexpensive anyways – Right, well I have developed a keen interest in fruit diversity, and I’m happy to say that bananas are quite diverse. This is largely due to the compatibility of closely related Musa genomes, which in some cases allows different species to cross and form some very unique hybrids. There are countless banana species and hybrids with varying ploidy levels (i.e. varying genome size and composition) which yield fruits of varying sizes, shapes, colors and tastes. In fact, just as there’s a wide selection of apple fruits, so too is there of bananas, so why can’t we buy them at grocery stores? This is for two reasons, one being lack of customer awareness, and the second being that the Cavendish banana currently seems to be the easiest to grow on a commercial level. So if you’re curious about the other flavors that exist in bananas, you can always purchase some exotic cultivar banana seeds from the internet and grow them yourself.

Growing bananas by seed:
This is essentially the only option for most first-time banana growers, and it’s pretty straightforward and easy. The first step is to find some banana seeds, but don’t settle on just any banana seeds, find a cultivar or variety that interests you and suits your location. Two easy to find banana seed types that are perfect for beginners are those of the dwarf Cavendish banana and pink banana. These are readily available on the internet and are relatively fuss-free for greenhouse cultivation.

Once you have some banana seeds, be aware that germination may take a long time, at least a month but in some cases much longer, up to a year. The more fresh the seeds, the faster and more efficient germination will be. My method of choice for most tropical seeds is the moist paper towel or soil in a plastic bag. While this will work for banana seeds, to increase germination even further I will do a modified protocol.

Banana seeds may be scarified, this is the process of breaking the seed coat so as to increase germination. To do this simply take a knife and create a small notch or scratch on the hard outer seed coat, but be careful not to crack the seeds, as old seeds may be quite fragile. 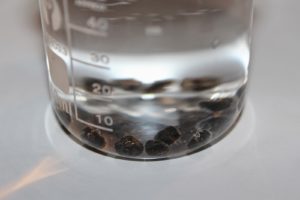 Now place the seeds in warm water for 24-48 hours to allow the seeds to imbibe water. Ideally the water should be warm (70°-85°F), so if your house is cold, simply place the water soaking seeds in the warmest place or utilize a seed germinating heat mat. 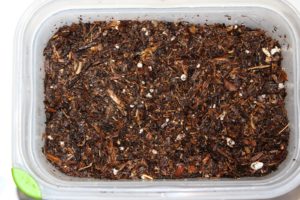 Finally comes the long haul. For this I will use a tupperware container with some moist potting soil and I will gently sow the seeds about 1/8-1/4 of an inch down. Then I place the container on a warm and light window sill and begin the wait. Mist the soil as it becomes dry, but don’t over water as the soil should never be wet. Be careful to not allow fungus to grow in the container, you may use a gardening fungicide if this becomes a problem. Alternatively, you may place the seeds in a bag containing moist soil or a moist paper towel and achieve similar results.

After the banana seeds germinate and form roots and a visible stem, they may be transplanted to small pots. They will inevitably germinate at different times so be prepared to transplant them on an as needed basis. As the banana seedlings begin to grow you will need to scale up the size of pot that they are growing in, or eventually plant them directly in the ground.

Growing bananas by tissue culture:
Commercially, bananas are propagated via tissue culture, resulting in clones of a single plant. Tissue culture is a powerful method of propagation, one that can yield nearly infinite replicates of a tried and true plant. In the case of bananas, a cluster of stem cells called the meristem is cut out of a banana tree and subsequently divided into many pieces. Each piece of the meristem can be grown in petri dishes containing nutrients and growth hormones. This stimulates the meristem to grow appropriate tissues such as roots and leaves. These clones may eventually be transferred to soil and grown into banana trees for the commercial industry. Therefore, each banana you buy from the store is likely genetically identical to the last bananas you purchased. Tissue culture is a tricky process, something that is seldom done outside of a laboratory setting as it requires sterile conditions and skilled hands.

Growing bananas by ‘pups’:
‘Pups’ are the small plantlets that emerge from the base of a banana tree. Typically these are removed as the parent banana tree is growing so as to focus the plant’s energy on growth and banana production. However once the banana harvest has developed, the pups may be left to grow. Upon harvest, it is possible to have many small banana plantlets at the base of the parent plant (which dies after harvest). Overtime these plantlets will grow into the next set of banana trees in a cycle that can perpetuate harvest after harvest. 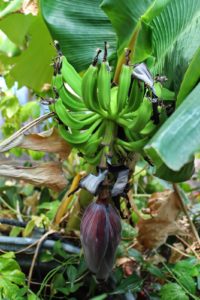 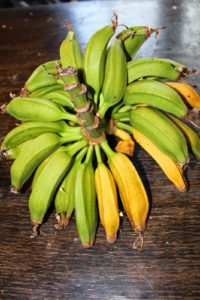 A small harvest from the dwarf Cavendish banana tree grown in my greenhouse. 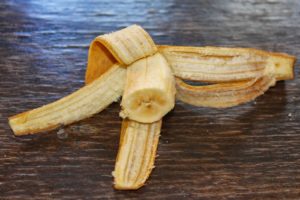 The bananas were small but delicious, with the typical Cavendish flavor however the texture was a bit chewy. 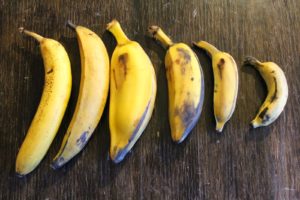 There is an array of bananas available at specialty grocers and Asian markets. One of my favorites is the baby banana type called Manzano, which is Spanish for apple tree. This small, sweet banana holds true to its name and tastes like a combination of apple and banana, they are very sweet with a smooth texture. 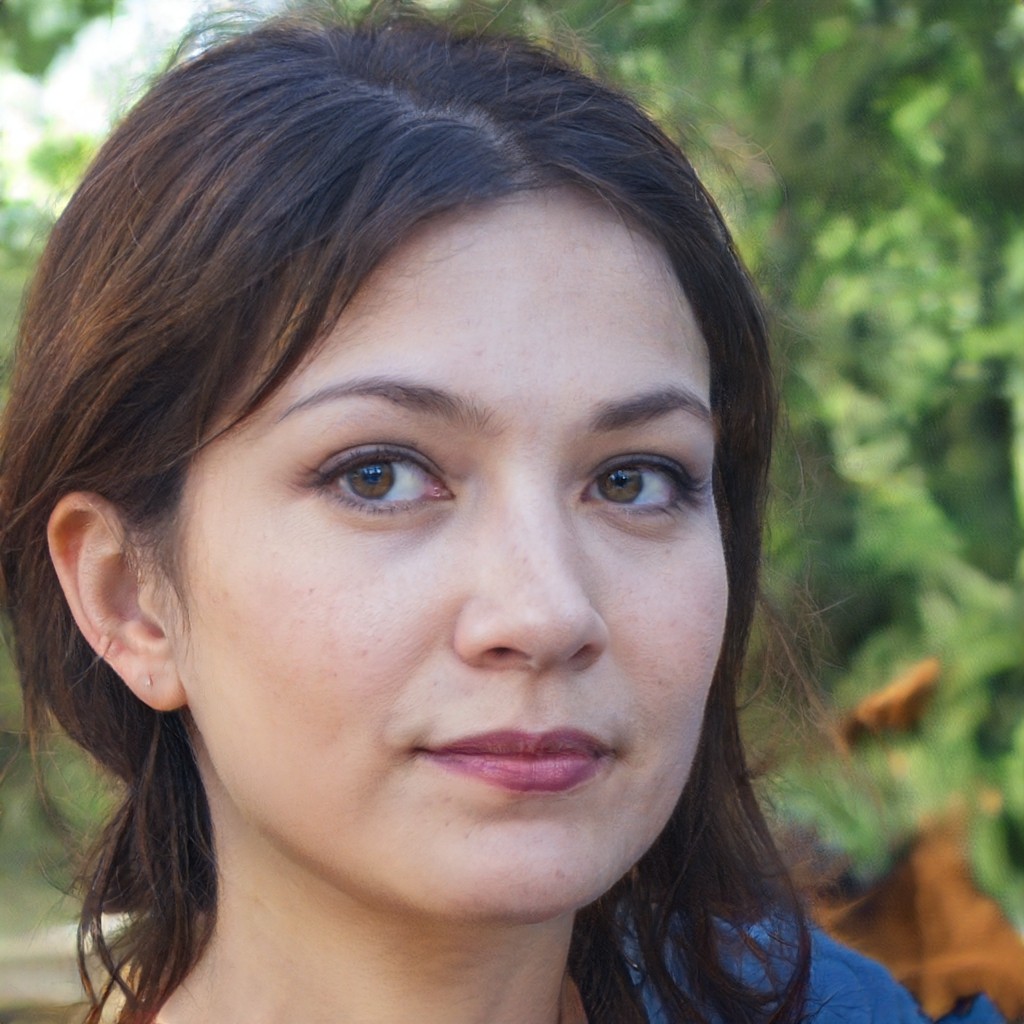