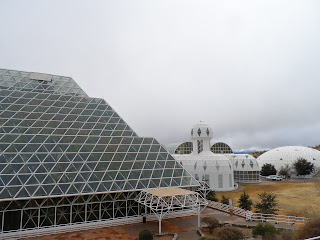 Biosphere 2 was used as a private research station for the development of new technologies and science. The goal was to completely seal crew members in a massive air-tight greenhouse to study self-sufficiency (among other things) in a closed system. The first mission included eight members and lasted two years. Unfortunately the media mocked the project and the public misunderstood its significance. Due to a number of miscalculations and set backs only two missions were conducted in the Biosphere 2.

The Biosphere was amazing for a number of reasons but it wasn't the first closed ecosystem experiment. The Russians worked on a similar program called BIOS-3 in the 1970's but their facility was much smaller and could only conduct short experiments. What set Biosphere 2 apart was its massive size and truly innovative engineering. For example: In order to maintain an enclosed atmosphere artificial lungs were required to manage the air flow and pressure throughout the facility. Below you can see the massive mechanical lungs within the facility. There is a black balloon-like lining that encircles the ceiling of the room that can be inflated/deflated to regulate the atmosphere in Biosphere 2. 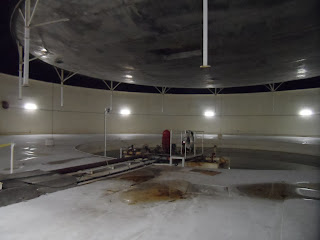 The significance of the Biosphere 2 project is often overlooked, in-fact many people are totally oblivious to its existence. During the two enclosure experiments the entire facility was air-locked and its design prevented air exchange with the outside. Thus there was a delicate balance of gases inside the system which was a very important topic of research. The project also boasted waste and water recycling. Space agencies are interested in this kind of research, especially for projects such as Lunar or Mars colonization. Totally enclosed and self-sufficient enclosures would be required for any kind of research outpost on the Moon or Mars, so this research seems to be more and more relevant with time.

So you may be wondering what all of this has to do with edible tropicals? Well, the crew members of Biosphere 2 were responsible for cultivating and managing many ecosystems including a Desert, Marsh, Savannah, Scrubland, Ocean, Tropical Beach and of course a large Rainforest. The plants grown in the Biosphere 2 were used by the crew members on a daily basis for food. The crew members harvested many edible plants from the rainforest sector, including Bananas, Ginger, Papaya and Coffee. In addition to this the crew had an orchard located directly next to their living area. In the orchard area there was even more cultivation of Bananas, Papaya and Coffee but also more temperate trees such as Figs. 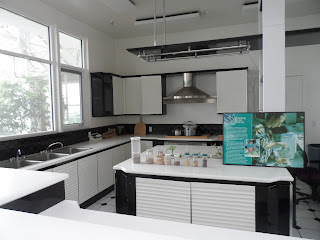 Above is the kitchen the crew members used during the enclosure experiments, and below is the orchard they used to cultivate many of their fruits. On the bottom right is a coffee tree, one of many in the facility. 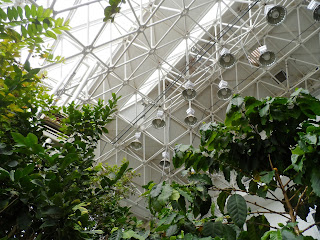 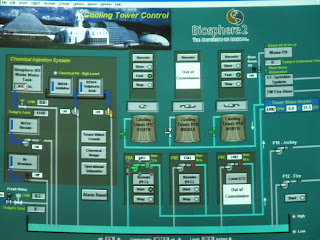 This is a view of the "Control Tower" computer system. 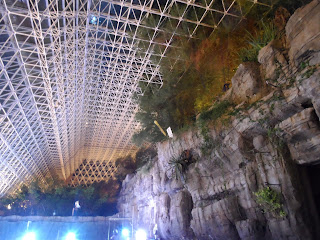 This is a view from the beach looking up to the cliffs above. 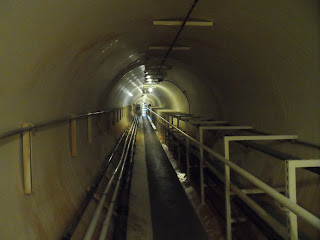 There are many tunnels and underground maintenance areas that snake around below ground level of the facility. The crew was responsible for maintaining all of the water and waste systems within these tunnels. 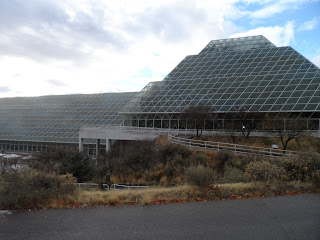 Columbia University used the facility for many years, however I've been told that they left it in very poor shape, opting to only do research of their interest and to let other systems degrade. For instance they left the ocean system in complete disorder. Recently the University of Arizona was given control of the facility. The UofA is now working to fix many of the systems, but is also conducting a wide range of research projects within the Biosphere 2. The Landscape Evolution Observatory project (LEO) is a new project by the UofA that replaced the farm sector of the facility with a sloped soil  bed infrastructure. LEO's objectives are to understand water and material movement through the earth and to study climate change effects. Despite its use for some research projects, it remains open for public tours. Unfortunately another enclosure experiment is not possible due to the required maintenance and technical issues with the facility. If this kind of research is interesting to you, I highly encourage you to read-up on Biosphere 2, BIOS-3, and MARS-500. Perhaps this type of research could be rekindled if not for the purpose of scientific understanding, then for the sake of inspiring the youth of the world.

Please pay a visit to:
www.B2science.org
Posted by Edible Tropicals at 12:20 PM 1 comment: